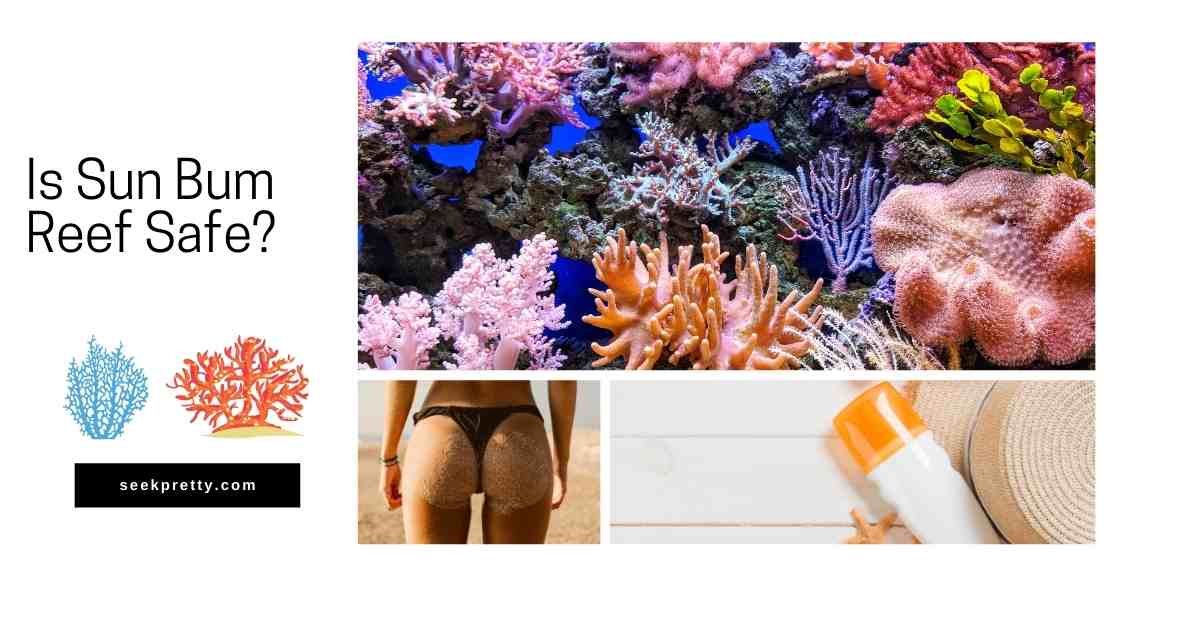 Sun Bum claim that their products are reef safe when comparing their ingredients against the most damaging ingredients for coral reefs. These ingredients are Oxybenzone and Octinoxate. However, there are some other concerning ingredients that could also cause damage to reefs but research is limited and hasn’t given us a definitive answer.

We love that you care about the environment and want to protect our coral reefs which is why we have written this guide to help you find out if Sun Bum sun care products are really reef safe and which ingredients you might want to avoid.

Sun bum have a lot to say about reef friendly products.

Sun bum have published a whole page on their website, talking about reef safe products. They begin by introducing us to the Hawaii state legislature which bans the use of Oxybenzone and Octinoxate and how they are proud to comply with this.

Currently these are the only 2 ingredients that, in Hawaii are banned for use in the ocean in an attempt to protect the coral reefs. However, there are a number of other ingredients that can be harmful to coral reefs that are also often used in skincare and sunscreen products. 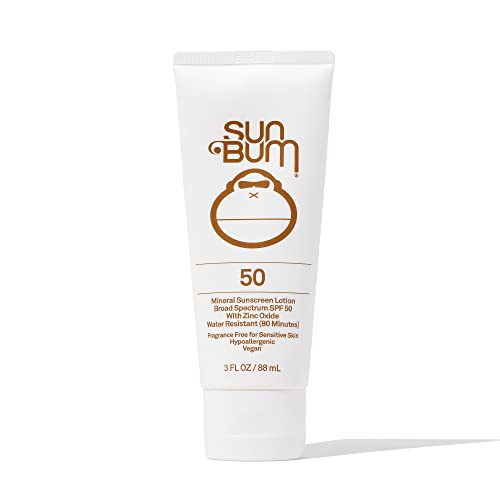 Before we take a look at which sun bum products we think are most likely to be reef friendly or reef safe, let’s have a look at what kind of sunscreen ingredients we should and shouldn’t use in our sunscreen when swimming or bathing near a coral reef.

What kind of sunscreen is reef safe

Oxybenzone and Octinoxate are 2 ingredients often used in Sunscreens that are known to be damaging to the reef but there are a number of other ingredients you should avoid, which we will list below. A lot of sunscreen brands, including Sunbum, also use Avobenzone, Homosalate and Octocrylene which are seen as being harmful to coral reefs.

What sunscreens are not reef safe

Sunscreens that contain any of the following ingredients are not reef safe.

Here is a list of ingredients that are seen in one way or another as being unsafe for coral reefs. To give you the best possible information we researched a number of different sources, with often conflicting ideas about which ingredients are reef safe and used our judgement to work out whether the ingredients really are harmful to the reef.

The center for biological diversity wrote about how this ingredient can cause brain deformities in fish lava and cause reproductive toxicity. It may also have a bleaching effect on corals.

4-methylbenzylidene camphor is a synthetic compound used as an oil-soluble sunscreen agent and UV absorber. 4-methylbenzylidene camphor isn’t reef safe because it’s toxic to marine life. It’s commonly used in sunscreen, but it can also be found in some insect repellents and lotions. When this chemical gets into the water, it can cause coral bleaching and harm fish and other marine life.

This chemical doesn’t break down easily and traces of this chemical have been found on sea life and corals. Exactly what affect it has on them isn’t clear yet but it seems like it’s better to avoid this ingredient if you want to be completely reef safe.

Oxybenzone is one of the worst ingredients for coral reefs so make sure to avoid it if you want to be sure your sun screen is reef friendly. It can cause coral bleaching, which is when coral loses its color and starts to die. Oxybenzone can also cause DNA damage in corals, which can lead to them not being able to reproduce.

Octinoxate and Oxybenzone were both banned in Hawaii in 2018. These are 2 ingredients that are recognised most widely as not being reef safe. Octinoxate is dangerous for coral reefs because it is an endocrine disruptor. This means that it can interfere with the hormones of marine life, including coral reefs. Octinoxate has been shown to cause reproductive problems in fish and other marine life. It is also believed to contribute to the bleaching of coral reefs.

Octinoxate is commonly used in sunscreen because it absorbs UV light. However, it is important to remember that when this chemical is washed off of our skin, it ends up in the ocean where it can harm marine life.

The Haereticus lab includes PABA on its list of substances that the lab believes are harmful to Coral reefs. Thankfully, Sunbum don’t use PABA in their formulas because it can also be harmful to humans.

Parabens are dangerous for coral reefs because they are made of synthetic chemicals that can damage or kill coral. A new study has found that parabéns are particularly harmful to a type of coral called staghorn coral.

The study, published in the journal of Environmental Pollution, found that parabens can cause changes in the structure and function of staghorn coral.

Triclosan is an antimicrobial agent that is commonly used in consumer products such as soaps, detergents, toothpastes, and deodorants. Although triclosan has been shown to be effective at reducing bacterial growth, it also has a number of negative environmental impacts.

One of the most significant impacts of triclosan is its potential to promote the development of antibiotic-resistant bacteria. In addition, triclosan can accumulate in sediments and aquatic environments, where it can be harmful to aquatic organisms.

zinc or titanium nanoparticles are dangerous for coral reefs. If these ingredients are micro sized or not nano-sized then they are safe to use.

Avobenzone stops coral from being able to protect themselves from rising ocean temperatures.

This is believed to be an environmental toxin and even though there is limited research some organisations have restricted it’s use.

Comparing Sun Bum products | Are they reef safe or not?

In this table I’m going to include a few of the most popular Sun bum sun protection products and show you whether or not we think they are Coral reef friendly at the moment.

Is Sun bum allowed in Hawaii

Sunbum is allowed in Hawaii because the regulations in Hawaii only restrict the use of Sunscreen with 2 ingredients, Oxybenzone and Octinoxate. Sunbum don’t currently include these 2 ingredients in their products and have written in support of the Hawaii Coral reef protection legislation.

If you choose one of the Mineral based Sunscreens Sunbum offer then it is very likely that the product is reef safe. The Sun bum Mineral sunscreen Spray contains a small amount of Titanium dioxide and it isn’t clear whether these are nanoparticles or not.

If they are then the products is likely to not be reef safe, but is much safer than the brands other sunscreen products which contain combinations of a few ingredients that are definitely not coral reef friendly.